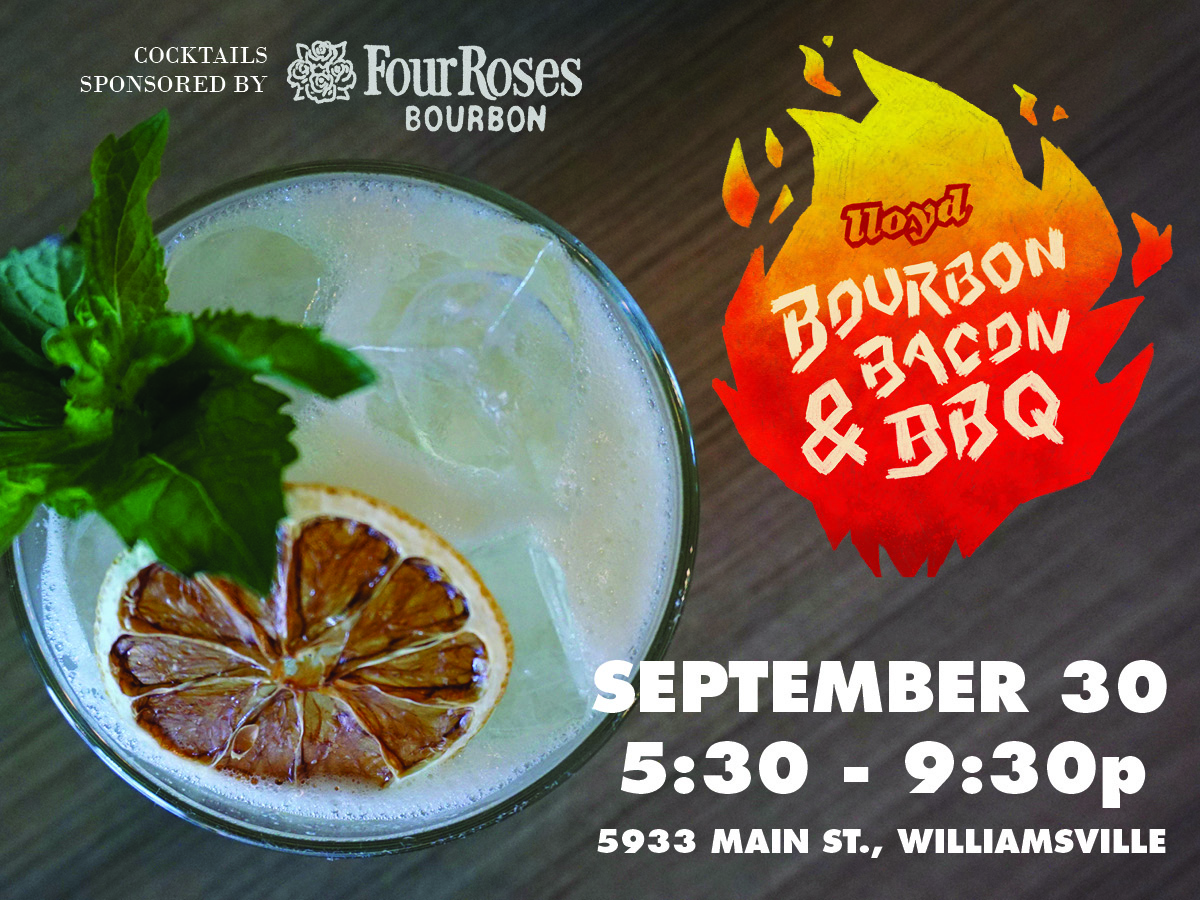 Summer ain’t over ‘til the bbq cools down — and we’re about to stoke the coals.

Four Roses has been hand-crafting their award-winning bourbon since 1888. A worldwide cocktail favorite, Four Roses Bourbon is known for its fruity, gentle spice, and honey notes, and crisp but smooth finish. Inspired by Four Rose’s history and quality, the lloyd bar crew has crafted three new cocktails and a special-edition old fashioned, available for one night only at Bourbon, Bacon, & BBQ. Pork has been on the lloyd menu since day one, and the lloyd chefs love BBQ so much they work it into a special at the Factories at least once a month. The kitchen is busting out the big smoker (and fryers) for Bourbon, Bacon, & BBQ to whip up an all-you-can-eat buffet featuring everything from appetizers to dessert.

lloyd Tip: Take grandma’s advice and skip the white clothes post Labor Day. lloyd is not responsible for what happens to your out-of-season white pants during the party.

Bourbon, Bacon, & BBQ is going down September 30 from 5:30 to 9:30p at our Williamsville Taco Factory (5933 Main Street). Backyard bbq attire is encouraged, so don’t put away your sundresses and bermuda shorts just yet. Tickets are available for purchase on Eventbrite and include your choice of up to three custom-crafted cocktails, the Four Roses tasting, all-you-can-eat food, giveaways, and door prize raffles.

See you September 30 at lloyd Taco Factory in Williamsville for Bourbon, Bacon, & BBQ.