Say “congrats!” to these smiles next time you see them

We’ve been embracing changes and working them into the day-to-day routine of lloyd since before our first truck service. In fact, this entire company is built on change — from the laws that govern mobile food vendors to what can and cannot be served in a tortilla, lloyd is always there to push things forward and try something new.

This time, the “something new” comes on a business card instead of in a tortilla.

After spending some (a lot of) time discussing the future of lloyd, Pete and Chris looked at the operations management team and decided to shake some things up so the right people are in the right roles for the next phase of our worldwide taco takeover.

The best part? For perhaps the first time in the history of “corporate America,” a management restructure involved ONLY internal promotions and appointments. Everyone on the org chart after the big reveal was either there already — but maybe with a different title — or had been named part of the management team after spending time as a crew member.

Without further ado, we present to you, the recently promoted and appointed management team. 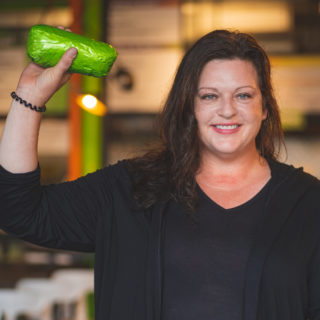 Jenny “From the Block” Boye has been promoted to Director of Kitchen Operations – North Buffalo. Everything food-related at the North Buffalo location — including the Factory, Trucks, and Churn — is now running under the watchful eyes of the always positive, award-winning chef. In addition to her day-to-day responsibilities, Jen will also be teaching lloyd about alternative uses for cabbage, peppers, and cocoa nibs. 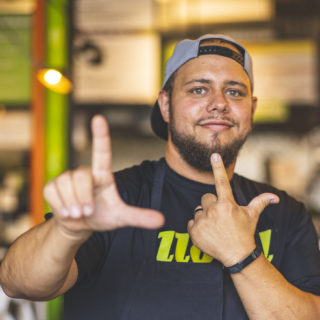 “Big Daddy” Teddy Bryant slid on over to the newly created role of Corporate Expansion Leader. For now, you’ll still see him bopping around the North Buffalo Taco Factory. But in the future, Teddy will be hitting the road to open Factories everywhere from Elmwood to Mars. 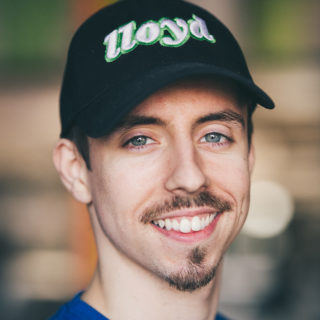 Will “U Can’t C My Crocs” Munschauer is getting reacquainted with his corporate roots as the Corporate Trainer. He’s now the keeper of all training materials, master of our official training process, and every new lloyd recruit’s mentor/bff/teacher. 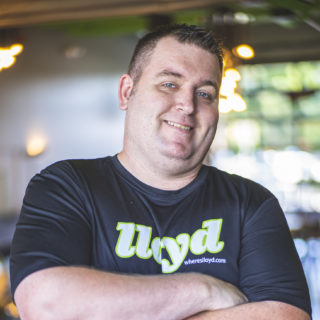 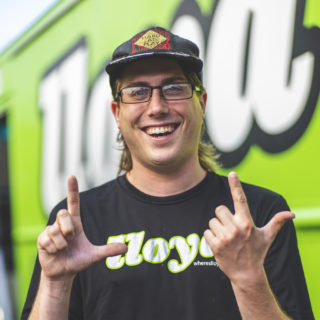 Ethan “Mullet Lovin” Pries is now the Truck Commodore after X years mastering the way of the taco truck under lloyd himself. As the official keeper of the lime green keys, he’ll also continue offering up unsolicited music recommendations while you wait for your burrito during dinner. 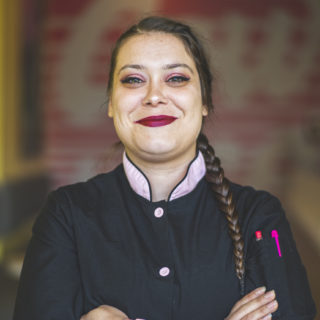 “Movie Star” Mel Eberhardt has officially claimed the golden whisk as Assistant Manager – Churn. She’s now playing point on everything happening in the land of sugar and caffeine, including the all-important ice cream sandwich making and cold brew brewing.

Of course, this whole wacky operation couldn’t function without way more hands in the kitchens. As part of the shake-up, Pete and Chris tapped a few more crew members to also take on fancier titles.